The Genesee Rebels got the 2016 season off to a hot start on Sunday afternoon with a 11-1 victory over the Rome Raiders. The Rebels only needed 7 innings to notch their first victory of the season. Solid defense, timely hitting, and taking advantage of a few Rome miscues highlighted the day.

The Rebels turned to veteran player / coach Matt DeMarais for the opening day start. He was his usually crafty self, keeping the Raider hitters off balance with a mix of off-speed pitches. DeMarais retired the first 7 hitters he faced before back-to-back hits led to the lone Raiders run on the day. On the day, DeMarais went 5.0 innings allowing 1 run on 4 hits, 3 strikeouts, and no walks. Keith Koehn took the ball from DeMarais and finished the game with 2.0 scoreless innings of relief allowing only 1 hit.

Behind DeMarais and Koehn, the Rebels played nearly flawless defense. Rookie Alex Kermendy made a few nice plays at second base including a backhanded snag of a diving line drive. Nate Labott returned behind the plate and picked off a Raider baserunner when he ventured too far from first base. The combination of allowing no walks and playing solid defense put the Rebels in a strong position to win the game.

Offensively, the Rebels had one of their largest outputs in recent years. Genesee got on the board early when Christ Theisen led off the first with a line drive single. Rome's pitcher had a hard time finding the strike zone as the next three Rebels reached base via the walk. After a Bourassa fielder's choice to notch the first out of the inning, rookie Mike Balistreri was welcomed to the league by being plunked in the thigh. Bauer then beat out a would-be-inning-ending-double-play to plate the third run of the inning. The Rebels would plate one run in each the second and the fourth before scoring 3 in the fifth and sixth.

Rookie Alex Kermendy had a big day for Genesee going 2 for 4 with one double and three rbi's. Nate Labott, after missing much of his freshman year at Saint Norbert College with an injury, reached base each of his 4 plate appearances and finished with two singles and two runs scored. Veteran Kyle Stasik also reached base each of his four plate appearances going 1 for 1 with 3 runs scored and 3 walks. On the day, the Rebels notched 6 hits on 9 walks while striking out 7 times.

All in all, it was a good day for the Rebels and a strong start to the season. Genesee hosts their youth baseball / softball camp this coming Saturday, May 21st  and returns to the diamond with their first night game in 10 years as they travel to New Berlin for a 7:00pm Wednesday Night showdown on the 25th.

See you on the diamond! 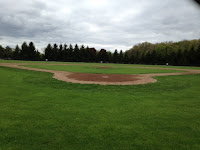 The Genesee Rebels start the 2016 season on May 15th at home vs. the Rome Raiders. The Rebels will take the field with a mix of wily veterans and exuberant youth. The season looks to be an exciting one as Genesee aims for more community involvement and making Land O Lakes a staple in the Sunday Afternoon Entertainment of all. After finishing last season with a record of ____ and ____ which was good enough for a ______ place finish in the league, the Rebels look to improve and have their sights set at the top of the league. 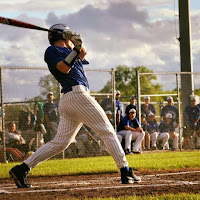 Mike Ballistreri – Balistreri joins the Rebels after a successful career at Waukesha West High School and a solid freshman year at Trinity International University. “Big Red” will add some depth for the Rebels at first base as well as potentially getting innings on the mound. His bat will undoubtedly help bolster the lineup as he adds a methodical approach at the plate. 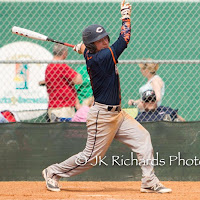 Alex Kermendy – Alex is another former Waukesha West Wolverine who just finished his freshman year with the Carroll University Pioneers. A middle infielder / pitcher in high school, Kermendy got some work at 3B with the Pioneers and will help the Rebels all over the field. His presence will fill many gaps for Genesee and definitely make coach DeMarais feel old as Alex was a former student of DeMarais back in the 7th grade! 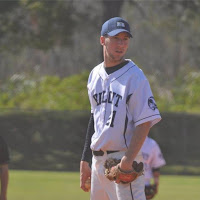 Brett Zickert – Zickert joins the Rebels after finishing his freshman season at Beloit College after, you guessed it, a successful high school career at Waukesha West. (I’m seeing a trend here.) Zickert will definitely help the Rebels on the mound this year as his young arm will be a staple in Genesee’s rotation. His ability to play up the middle and all around the field will also help solidify the Rebels defense. 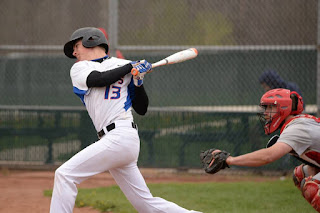 Jalen Bilty – Jalen joins the Rebels after his freshman season at Milwaukee Area Technical College (MATC) where he had a successful rookie season and helped the team make the playoffs. Bilty is another former Wolverine who will look to add more depth to the already crowded Rebels outfield. His young legs and “swing hard in case you miss it” mentality at the plate will be a nice lift for the team.

The Veterans
Chris Elliott – Elliott returns to man first base where he has been a staple in the Genesee lineup for the past 9 years. A marriage, kid, house and real job away from the collegiate slugger, Chris has proven that he is still one of the best first basemen in the league. After shedding a little “daddy fat” in the off season, Elliott has his swing already in mid-season form and is ready to anchor the middle of the Rebels lineup.

Nick Heckenkamp – Heckenkamp had a break out season last year for the Rebels both at the plate and in the field. His patented fist-pump and neon batting gloves have been known to galvanize the Rebels and bring a burst of energy. If he’s not ducking under curveballs, he’s pounding out doubles, blocking balls in the dirt, manning second base, and helping with the day-to-day operations of the Rebels. A great asset as both a player and assistant manager, the Rebs will continue to look for Heckenkamp’s help both on and off the field.

Keith Koehn – The Rebels MVP from last season, Koehn brings the glove at SS, the fastball from the mound, and the power when at-bat. His versatility  and ability to move between the mound and short provide a huge lift for the Rebels. Always one to let his playing do the talking, the Rebels hope his bat and glove will be loud and boisterous throughout the year.

Kyle Stasik – A picture of human health and an immense specimen of athleticism, the Rebels third baseman is as sure-handed as they come at the hot corner. Always willing to give it his all, Stasik’s antics and baseball smarts make him another “coach on the field.” The Rebels will look to Stasik to anchor the infield and provide a veteran approach at the plate. Don’t let his disheveled look fool you, this guy can play!

Derek Urban – A man of only a few appearances last season, the Rebels will look to Urban more this year as he has vowed to ump only on Saturdays and play on Sundays! With his tall frame and lively arm, hopefully Urban can re-establish himself as a dominant pitcher and help lead the Rebels staff. Mixing in time at 3B as well as the OF, Urban’s presence will be greatly appreciated!

Dave Hellmann – When he’s not flipping cars, catching fish, fixing wires, or playing darts, “Mayo” will help the Rebels at both 2B and in the lineup. An All-Star MVP of a few seasons ago, if Dave can stay healthy and show up, he will undoubtedly improve the Rebels’ lineup.

Nathan Labott – Arguably the best defensive catcher to come out of Waukesha West High School, Labott returns to the Rebels after a red-shirt freshman year at Saint Norbert College. Nate is coming off an injury and making the transition from behind the dish to on the mound. If his health allows, Nate is easily one of the top catchers in Land O Lakes. His knowledge of pitching and strong arm should make the transition to pitching a good one.

Aaron Dolan – “The Rev” is as consistent a middle-infielder as you will find in Land O Lakes. As one of the veterans on the team, Aaron will continue to be a quiet force for the Rebels when he is able to make it. He and his wife will be growing their own baseball team as they will be welcoming twins to their family at the end of May. When he is on the field, his smooth swing and fluid fielding make him a strong addition to the lineup.

Andy Sturtevant – Hailing from the Chicago area, “Stu” has the Rebels longest commute for league games. When he is able to make the trek north, he provides a head-strong presence behind the plate and an entertaining approach with the bat in his hands! Never one to shy away from unruly comments like “Gosh darnit” or “I politely disagree with that call sir,” Stu brings civility with his skills. Hopefully he can make it more than he cannot!

The Managers
Matt DeMarais – Entering his second year at the helm for the Rebels and his 9th year in the league, DeMarais hopes to cut down on his innings on the mound and let more of the younger arms throw the brunt of the fastballs. Never one to overpower the opponent, he still relies on his off-speed pitches and location to keep hitters off balance. As long as his arm doesn’t fall off, he will continue to mix and match as needed and is looking forward to having more options in the lineup this year.

Tim Thelen – A new addition to the Rebels this year, Thelen returns to baseball after a 15 year hiatus from his “glory days” in Minnesota amateur ball. Thelen brings a wealth of knowledge to the Rebels and shares in DeMarais’ vision of getting the community to the center of amateur baseball. His presence and ideas are warmly welcomed by the Rebs!

We’ll see you on the diamond!
Posted by baseball at 6:33 PM